The U.S. National Institutes of Health (NIH) holds a wealth of information about iodine and its interaction with the human body. The fact is that we literally could not live without it. Even though it comprises a miniscule part of our environment, for some reason the evolutionary process found its unique atomic structure necessary to form some essential chemical compounds that underlie fundamental organic processes.

The supplemental iodine used in Natural Findings Detoxified Iodine, available exclusively at naturalfindings.com, is processed by a proprietary method that involves electrically charging naturally occurring iodine so that the raw form is transmuted into the atomic state.

According to NIH, “Thyroid function is primarily regulated by the hormone thyrotropin (TSH). It is secreted by the pituitary gland to control thyroid hormone production and secretion, thereby protecting the body from hypothyroidism [underactive] and hyperthyroidism [overactive]. TSH secretion increases thyroidal uptake of iodine and stimulates the synthesis and release of triiodothyronine (T3 )and thyroxine (T4.) In the absence of sufficient iodine, TSH levels remain elevated, leading to goiter, an enlargement of the thyroid gland that reflects the body's attempt to trap more iodine from the circulation and produce thyroid hormones.” 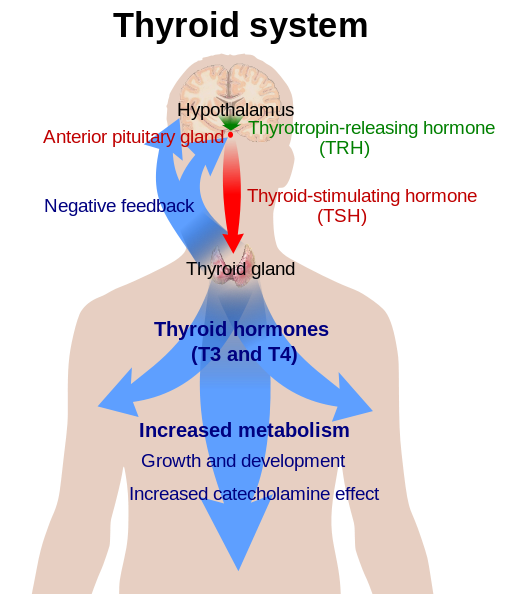 Iodine deficiency is the leading cause of preventable mental retardation that primarily develops among babies or small children lacking the element. Other health effects that may be related to iodine deficiency include fibrocystic breast disease and breast and stomach cancer.

“Iodine may have other physiological functions in the body as well. For example, it appears to play a role in immune response and might have a beneficial effect on mammary dysplasia and fibrocystic breast disease,” writes NIH.

The Earth's soils contain varying amounts of iodine, which in turn affects the iodine content of crops. In some regions of the world, iodine-deficient soils are common, increasing the risk of iodine deficiency among people that consume foods primarily from those areas. Users of Natural Findings Detoxified Iodine, sold in convenient ½-ounce amber dropper bottles (a six-to-eight-week supply), will also appreciate that all processing is done in the USA, subject to the most exacting standards of purity and quality control.